Today I found I would not be winning Landscape Photographer of the year.

In terms of shocks this ranks with Walsall not winning the Champions league or Donald Trump not winning mastermind.

To be honest, I pontificated long and hard about even entering. Not because I was not sure whether i would win, that was a given, but because I felt in doing I would be be forced to compromise my beliefs  in entering images that in truth I did not really believe in.

My feeling is that we are coming to the point where landscape photography in particular needs to be redefined.  While taking a great image is never easy, it is far easier than it was 5,10, 20, 50 years ago. The technology available to even photographers of modest means is now so good it will forgive a multiple of sins. I always feel slightly embarrassed when a judge congratulates mean on, say holding the shadows back. I never have the heart to tell them that I just pressed the button and fixed the rest in Lightroom.

That is the other thing. Nowadays anyone can manipulate their raw image to the nth degree in ways that Ansel Adams would of sold his soul for.

Of course there is still the skill needed to understand composition, depth of field, etc. But the bar has come down to the point where often a great photo has more to do withy chance and opportunity than the skill of the artist.

And what we are left with?

1000's of pixel perfect identikit images of landscapes. To illustrate the point, try and remember what last year LPOTY winning images look like.  I could only remember 2 or 3.

There was the winner and some of Rachael Talibart  great wave shots(if you think taking pictures of waves is easy, you have never tried it)

Not that I ma saying there is anything wrong with the other entries. It is just that they blend into a general milieu of identikit images that stick in you mind for fractions of a second. The problem is that image perfection is just to easy to achieve. Imagine a world consisting of identikit barbie clones, however gorgeous they are none will stand out and suddenly it is imperfection that becomes redefined as standard of beauty.

Art has faced these challenges before.  Before photography  landscape painting had reached a nadir of perfection. Then came along the ability for anyone to take a image as good as a Dutch master.  This forced painting to explore a different route such as impressionism and abstraction. Suddenly it was not good enough to produce an image, but instead the artist could explore what an image is and how it interacts with the viewer.

Terry Pratchett said it best when describing what a silver pendent shaped like a horse looked like.

That is what a great landscape photograph should be in the age of  smart cameras, google AI and sub-pixel digital manipulation.  Not an faithful image of the landscape, however stunning, but what the image represents, feels, echoes, reflects to the artist and viewer. It should burrow below the purely visual and instead interact with the emotional side of the psyche .

With one of those weird karma coincidences I today received Andy Gray's landscape edition today. I don't know whether Andy enters LPTOY, but if these were the sort of images winning the competition I would have a lot more confidence and respect for it. However I doubt they would. They just don't fulfill what the general public feel what a landscape photograph is, but they are far more memorable  and interesting than many that probably will win.

So with all this why did I enter in the end?

Well, I had £25 that I wanted to flush down the toilet and this seemed a good way of doing it (My daughter calls it El Potty which I find both amusing and representative). Actually that's a lie (before people start asking for free handouts). The truth is I wanted to test myself and the waters. If I got shortlisted, it would mean the direction I am moving is both valid and convergent with the way photography is now moving.

Of course I did not get short listed, so I am none the wiser, but it was worth a punt (or a pony). I still firmly believe however that at some point the what a landscape photograph is needs to be redefined, I just wonder when those judging will come to understand this

These are my entries

These were entered in the urban view 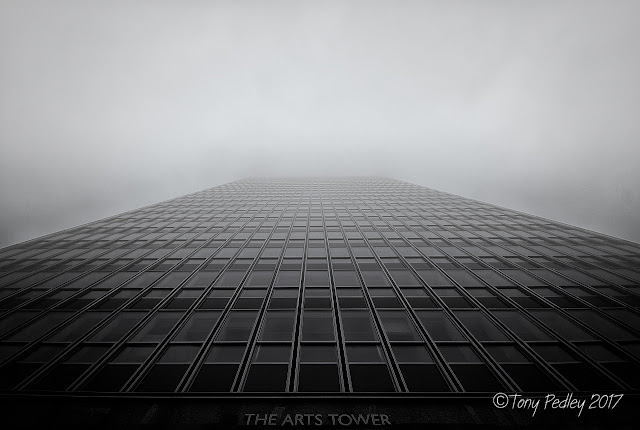 This is the Art tower of University of Sheffield. I love the feeling of infinity and in some ways perhaps I should remove the logo and make if difficult for the viewer to tell whether we are looking up or down. 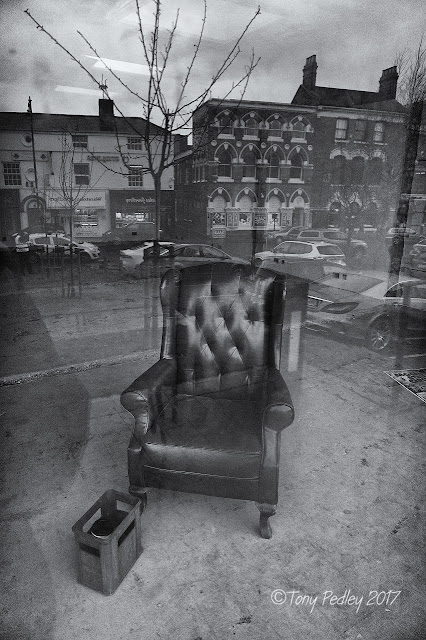 This is one of my favorite images. It is a reflection  of a empty shop in Birmingham's jewellery quarter and i love the juxtaposition between the outside world and inside the shop where time is at a standstill 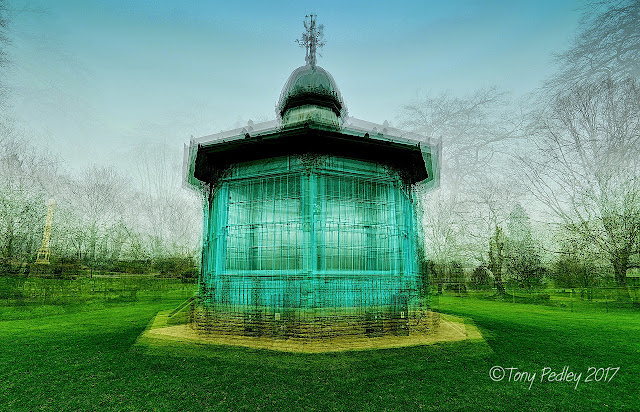 I have been playing around with layering and multiple exposure. This is a grandstand in a park in Sheffield and I took several images while walking around it, the layered them. I love the dynamic movement of what is a static object and the feel of solidity in a changing landscape.

These were my your view entries 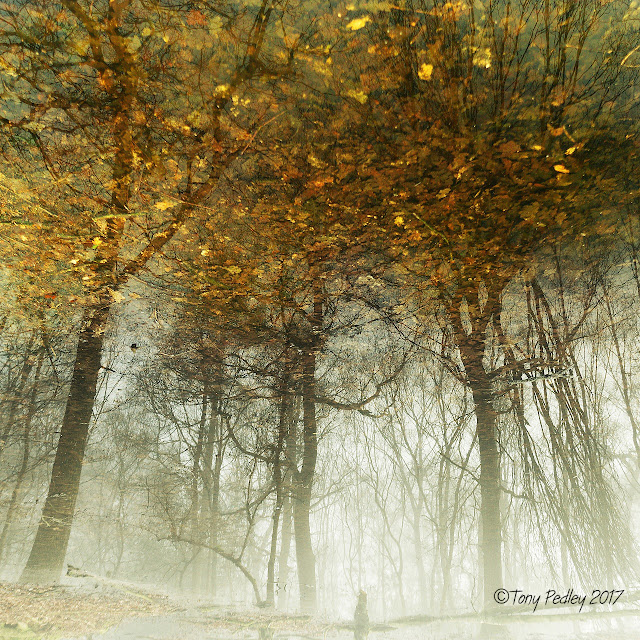 This one did well in both sharemondays and wexmondays so it had to go in. It was taken in-camera using a polariser  to blend the reflections of spring time trees with Autumn leaves at the bottom of the pool. The effect again plays with time and the how we perceive  trees 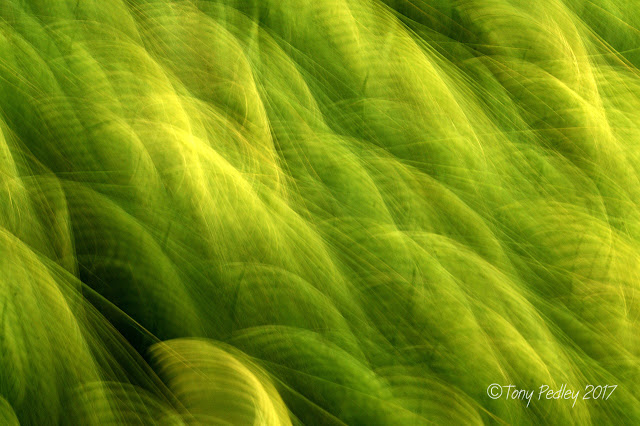 I have been playing a lot with barley and corn fields recently. I have been trying to capture the movement of the fields as the wind blows them where they almost look like the swell of the sea. This was a barley field where i used ICM to add dynamism to the barley heads. 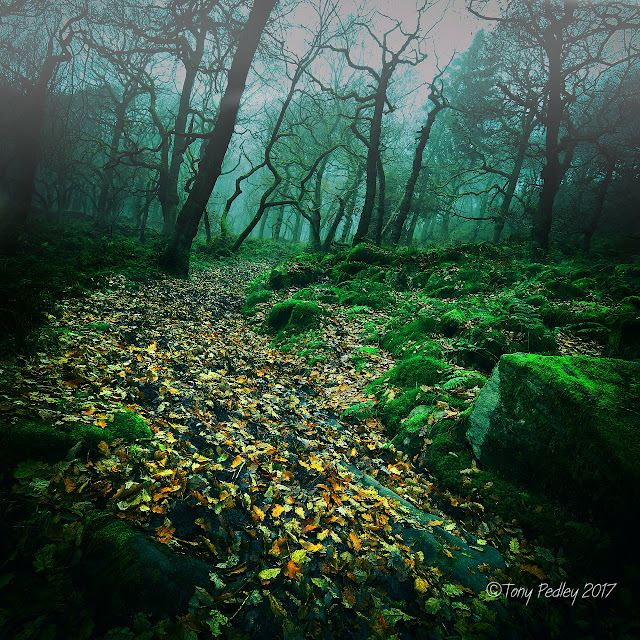 This was taken in Padley Gorge in Autumn. It was a fantastic misty day, and I wanted to add a touch of suspense and mystery to the path. What it probably needs is a girl in a red cape walking in the distance :)

This was my sole classic view photo, taken at surprise view on a particular great cloud inversion day. In truth it was the image I was least comfortable submitting, but I had a spare go, so I went with convention.